Coronavirus and Force Majeure: Who Is Liable?

Coronavirus and Force Majeure: Who Is Liable?

Senior partner Logan Johnson has extensive experience with cases involving force majeure, including a recent matter where he recovered $190 million for a client on the eve of trial. Together with associate Benjamin Cohen, he offers the following analysis of coronavirus and potential force majeure disputes that are likely to occur domestically and internationally. 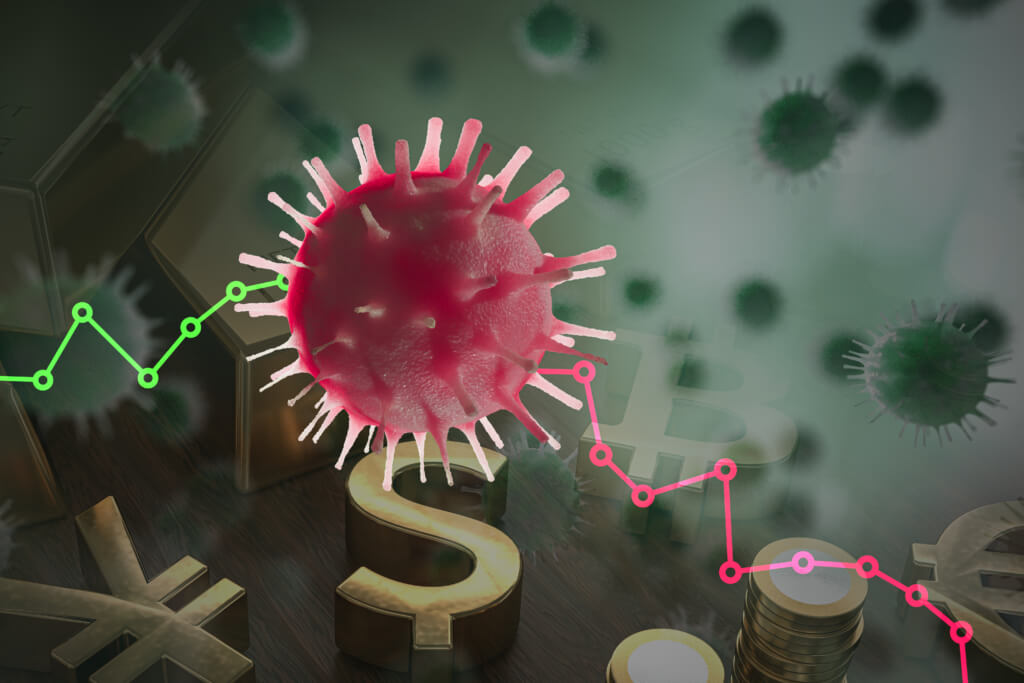 While the Novel Coronavirus (also known as COVID-19) appears poised to inflict considerable damage on human populations across the world, it is also likely to exact a grave toll on the global economy. Supply chains are already being impacted by coronavirus and resulting governmental measures intended to slow its spread. It has been more than 100 years—in the Spanish flu epidemic of 1918—since the world has seen a contagion with this level of global impact.

Contractual parties have declared, and may increasingly invoke, force majeure to excuse performance of contracts affected by the spread of coronavirus and its widespread socio-economic consequences. This development has executives and lawyers across all industries taking a hard look at their force majeure clauses as they evaluate the impact of coronavirus and anticipate future disputes. What follows is a discussion intended to aid the review and evaluation of force majeure clauses both in the United States and internationally in the context of the coronavirus crisis.

Force Majeure shall include, but not be limited to, the following: (i) physical events such as acts of God, landslides, lightning, earthquakes, fires, storms or storm warnings, such as hurricanes, which result in evacuation of the affected area, floods, washouts, explosions, breakage or accident or necessity of repairs to machinery or equipment or lines of pipe; (ii) weather related events affecting an entire geographic region, such as low temperatures which cause freezing or failure of wells or lines of pipe; (iii) interruption and/or curtailment of Firm transportation and/or storage by Transporters; (iv) acts of others such as strikes, lockouts or other industrial disturbances, riots, sabotage, insurrections or wars; and (v) governmental actions such as necessity for compliance with any court order, law, statute, ordinance, regulation, or policy having the effect of law promulgated by a governmental authority having jurisdiction. Seller and Buyer shall make reasonable efforts to avoid the adverse impacts of a Force Majeure and to resolve the event or occurrence once it has occurred in order to resume performance.

Contracts that specifically identify public health emergencies or governmental action as force majeure events are most likely to excuse non-performance.

Contractual losses arising from a coronavirus outbreak are likely to be caused predominately by governmental or private measures intended to halt the spread of the disease, and their resulting economic impacts, rather than by instances of the disease itself. Because state courts tend to construe force majeure clauses narrowly, a force majeure clause whose language specifically encompasses either epidemics, outbreaks of disease, or similar public health emergencies (as some do), or one that broadly encompasses governmental actions, is likely to provide the best chance of enforcement.

Based on current jurisprudence, it is unclear whether the inclusion of acts of God in a force majeure clause will benefit a contractual party who invokes the clause in response to losses arising from the impacts of coronavirus. In the United States, state law typically requires that an “act of God” arise exclusively from natural forces, events, or causes.[2] For example, Texas courts have considered an event to be an act of God “when it is occasioned exclusively by the violence of nature.”[3] Similarly, the Illinois Supreme Court has held that an “act of God” must be caused directly and “exclusively by natural causes such as could not be prevented by human care, skill, and foresight.”[4] Whether a force majeure clause’s “act of God” language is likely to excuse contractual non-performance will depend on how courts interpret the role of human agency as it relates to the dispute. It can be argued that disputes arising from the actions of governments or other actors within a supply chain do not involve acts of God, even if the natural phenomenon of disease is the ultimate cause of those actions. Stated in the alternative, claims related to government action in response to coronavirus arguably do not arise exclusively from natural forces. The counterargument is that the impetus for the government action that is the basis for the declaration of force majeure is a contagion that arises exclusively from natural forces and causes.

Catchall phrases covering causes “beyond the reasonable control of the party” will be read in light of the language of the larger force majeure provision.

Parties may next look to so-called “catchall” provisions contained in many force majeure clauses. This catchall language typically extends the provision to include not only the enumerated events, but also “other causes beyond the reasonable control of the party.” As in contract interpretation generally, a U.S. court interpreting a catchall phrase will seek to give effect to the intent of the parties. In doing so, U.S. courts tend to look to the larger force majeure provision in determining the meaning of catchall language.

Courts often apply the interpretive canon known as ejusdem generis when determining the scope of a catchall phrase in a force majeure clause. Under this canon, general terms (i.e. “other causes beyond the reasonable control of the party”) that are accompanied by an express enumeration of examples are understood to refer to matters of the same general type as the examples listed.[5] So, language referring to “other causes beyond the reasonable control of a party” may be interpreted as including only causes that are similar to and “of the same general class” as the force majeure events specifically enumerated in the subject contract.[6]

Catchall language only covers events that are not foreseeable.

The events explicitly covered by a force majeure provision may also inform a court’s interpretation of catchall language because they indicate the types of events that the parties contemplated the provision would cover. When a nonperforming party claims force majeure based on a catchall provision rather than an event explicitly contemplated in the contract, courts “extend [force majeure] only to those situations that were demonstrably unforeseeable at the time of contracting.”[7] When a term is omitted from a delineated list of force majeure events, it tends to be assumed that the parties intended the omission.[8]

Few states have directly defined when governmental regulation reaches the level of a force majeure event. In Northern Illinois Gas, an Illinois appellate court determined that the mere issuance of an order by a regulatory agency did not rise to the level of a force majeure event justifying breach. Instead, the court determined that “[w]hat is required is that the [governmental] order clearly direct or prohibit an act which proximately causes non-performance or breach of a contract.”[9]

Common law rules have also been understood to inform and supplement contractual force majeure provisions.[10] In assessing the related doctrines of contractual impossibility and frustration, state courts have taken a variety of positions regarding whether governmental action needs to be foreseeable to constitute a force majeure event. For example, New York courts have held that “a party seeking to rescind a contract must show that the intervening act was unforeseeable, even if the intervening act consisted of the actions of a governmental entity or the passage of new legislation.”[11] Courts in other states, such as Texas, have placed less emphasis on foreseeability in evaluating whether the doctrine of impossibility applies to contracts supervened by illegality and other forms of governmental authority.[12] Ultimately, even where exercises of governmental authority such as imposing travel bans and quarantines rise to the level of a force majeure event, determining foreseeability will involve a fact intensive inquiry undertaken on a case-by-case basis.

Under the common law of some states, parties are presumed to contract with knowledge of the underlying law.[13] While the emergency measures taken by various governmental units will likely have a basis in enabling legislation that preexisted most contracts—something the law may presume the parties to have been aware of—there may be some variability as to (1) whether courts deem the preexisting legislation itself sufficient to put the parties on notice that its application was foreseeable or (2) whether the unforeseeability of the event precipitating the use of the legislatively-authorized measures (i.e. the outbreak of coronavirus) is sufficient to render the exercise of governmental emergency measures unforeseeable (even if the parties should have been aware of the power of the government to use those measures). The extent to which courts may focus on the unforeseeability of precipitating facts versus the possible foreseeability of the legal action itself may have substantial significance in addressing force majeure claims arising from government action taken in response to the potential spread of coronavirus. 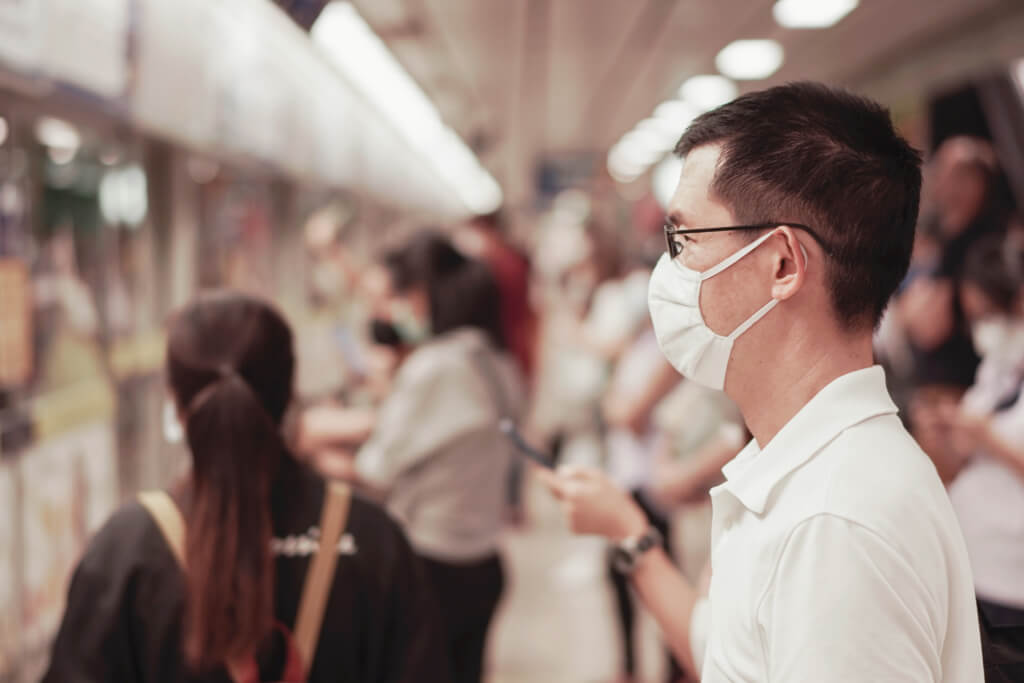 Many of the same considerations and canons of contract interpretation discussed above will apply to international commercial contracts governed by foreign law. English law, for example, is a common choice of law in international commercial contracts and its force majeure jurisprudence shares some similarities with United States law. However, there are several important distinctions with regard to English law’s treatment of force majeure clauses worth noting:

Schiffer Hicks Johnson is a Houston-based litigation firm with an exception trial record and a pragmatic, business-oriented approach. For more information, please contact Logan Johnson at ljohnson@shjlawfirm.com or 713-357-5161.

[2] See Black’s Law Dictionary (10th ed. 2014) (defining “Act of God” as “an overwhelming, unpreventable event caused exclusively by forces of nature, such as an earthquake, flood, or tornado”) (emph. added).