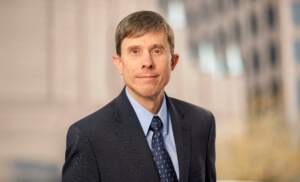 SHJ partner Dan Hinde has been named Chair of the State Bar of Texas Pattern Jury Charge Oversight Committee for 2020-21. The committee is responsible for vetting and approving all proposed changes and updates to the nine-volume Texas Pattern Jury Charges (PJCs) published by the State Bar. Trial courts throughout the state rely on the PJCs when putting together the jury charges in cases from car wrecks to capital murder and adverse possession to workers’ comp. He will be succeeding Texas Supreme Court Justice Jane Bland in the position.

Judge Hinde joined Schiffer Hicks Johnson in 2019 after 10 years as judge of the 269th District Court of Harris County, Texas. During his time on the bench, he tried nearly 300 cases and resolved more than 15,000 matters. Known for his level-headed, analytical approach to the law, he built a strong reputation as an efficient and ethical adjudicator.

Next PostPPP Agent Fees: A Guide for Accountants, Attorneys, and Consultants