Government-Mandated Closures: Who is Liable If Businesses Fail?

Government-Mandated Closures: Who is Liable If Businesses Fail? 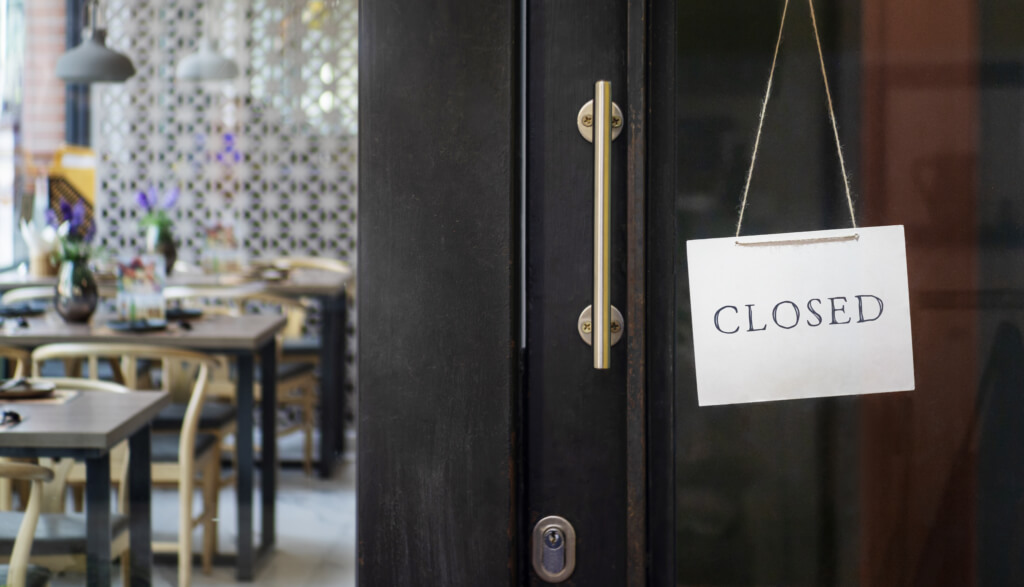 As U.S. companies struggle with government-mandated closures—including re-openings followed by rollbacks in states like Texas, Florida, and California—a growing number of businesses, especially in the hospitality and entertainment sectors, are closing their doors for good. In this grim scenario, business owners may be wondering if litigation is possible when government-enforced suspensions cause their businesses to fail.

This article will consider, on a high level, the implications of such a lawsuit. It is intended solely as an introduction to the subject as the constitutional implications are both novel and complicated.

Generally speaking, there is no question that federal, state, and municipal governments have the power to regulate business. The so-called police power is exercised in a multitude of forms and is essential in maintaining the societal order that allows businesses to operate in the first place. Thus, the issue is not so much whether or not the government can restrict businesses—they can—but whether there are limits to such restrictions—there are.

At the state level, police power—and its ability to be used to promote the public good—was first recognized by the Supreme Court in 1824, when Chief Justice Marshall described it as an “immense mass of legislation, which embraces every thing within the territory of a State, not surrendered to the general government.”[1] (Interestingly, this statement spoke directly to the individual state’s, rather than the federal government’s, ability to use this power to combat diseases which may affect the public.[2])

However, the question thrown into the spotlight by the current crisis is not just whether states have the power to shutter businesses in order to slow the spread of disease, but rather whether it is constitutional for the state to take actions that directly cause these businesses to fail. And while scholars are in agreement on the first point, they do not address the constitutionality of the second.[3]

The Texas Supreme Court notes that these factors are “not a formulaic test,” meaning that the facts and circumstances of each case are of paramount importance.[7] However, both the Texas and U.S. Supreme Courts have held that restrictions which preclude “all economically viable use of the property or [that] totally destroys the value of the property” will constitute a regulatory taking.[8]

The draconian severity of many state-ordered closings of economic sectors may very well constitute regulatory takings. Yet the most common regulatory taking cases involve nuanced considerations of the impacts of public ordinances or zoning laws that partially limit business operations. The case law has not dealt with many cases where a state simply shuts down an entire economic sector.

The disparate application of many states’ orders may also weaken the government’s position in such a case. For example, in Texas, bars throughout the state are closed, but indoor dining is available. It may be possible to argue that this seemingly arbitrary application is not grounded in a public policy supported by science.

Businesses that seek to challenge orders closing their operations on regulatory taking grounds will certainly face major challenges. Even if, for instance, Texas’s order closing certain indoor activities is held to be a regulatory taking, the state may nevertheless defend its order by arguing that these closures are “public necessities.”[9] In such a scenario, the outright destruction of businesses may be “justified by reason of war, riot, pestilence, or other great public calamity.”[10] And while the COVID-19 pandemic certainly constitutes “pestilence,” the state may be unable to justify arbitrary applications of its orders between one business—or one geographical jurisdiction—and another.

So far, legal opinions regarding the COVID-19 pandemic and regulatory takings suggest that businesses may have difficulty in succeeding in such a claim. However, much of the literature was written early in the pandemic, under the impression that many states’ orders would be reversed in a matter of weeks.[11] Now the calculus may be changing. In circumstances when a state’s order poses an existential threat to the continuation of a business, there may be no other choice other than to seek relief from the courts.

Varant Yegparian is a partner at Schiffer Hicks Johnson LLC in Houston. You can reach him at vyegparian@shjlawfirm.com or +1 713 255 4109.

[2]  Id. (“The same bale of goods, the same cask of provisions, or the same ship that may be the subject of commercial regulation may also be the vehicle of disease. And the health laws that require them to be stopped and ventilated are no more intended as regulations on commerce than the laws which permit their importation are intended to innoculate the community with disease.”)

[3] See, e.g., “Yes, States and Local Government Can Close Private Businesses and Restrict Your Movement” (available at https://www.politico.com/news/magazine/2020/03/18/states-police-power-coronavirus-135826); “Op-Ed: Yes, businesses have been hurt by coronavirus closures, but they won’t get relief from the courts”) (available at https://www.latimes.com/opinion/story/2020-04-29/op-ed-yes-businesses-have-been-hurt-by-coronavirus-closures-but-they-wont-get-relief-from-the-courts).

[6] Id. The Texas Supreme Court also sometimes considers whether the governmental action advances a “substantial public purpose.” Id. Because this element is often satisfied—certainly so in the context of COVID-19 regulations—it will not be examined here.