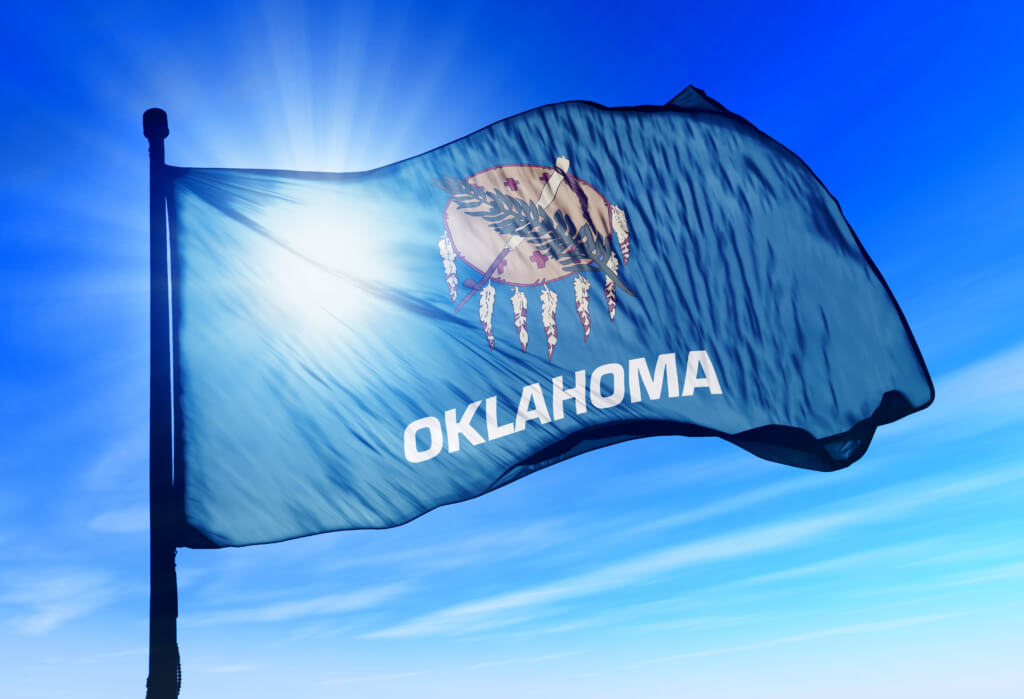 Three months on from the Supreme Court’s decision in McGirt v. Oklahoma,[1] the fallout is becoming increasingly clear in Oklahoma. On July 9, 2020, the Supreme Court issued its opinion in McGirt, ruling that most of the eastern half of Oklahoma is an Indian reservation.[2] While the decision ostensibly resolves a jurisdictional challenge to a criminal conviction, the labeling of over 19 million acres in Oklahoma (including most of the city of Tulsa) as reservation could significantly impact area businesses, including oil and gas development. Chief Justice Roberts’ dissent forecasted as much, stating, “The decision today creates significant uncertainty for the State’s continuing authority over any area that touches Indian affairs, ranging from zoning and taxation to family and environmental law.”[3]

The first such rumblings are on the tax front, where the Oklahoma Tax Commission’s executive director, Jay Doyle, has recently indicated the state could see losses of $60 million in annual income taxes and sales and use taxes from the Creek Nation reservation alone.[4] If the McGirt ruling is applied to the remaining members of the Five Civilized Tribes (Cherokee, Chickasaw, Choctaw, and Seminole Nations), then combined tax losses could top $200 million.[5] Equally troubling for the Oklahoma coffers is the likelihood that the Tax Commission will have to issue up to $218 million in tax refunds to tribal citizens for the past three years of filings.[6]

The Tax Commission’s report was submitted to the Oklahoma Commission on Cooperative Sovereignty, the entity Oklahoma Governor Kevin Stitt formed in July to “address concerns and make recommendations to the State and the United States Congress in light of [McGirt.]”[7] In a nod to the importance of oil and gas interests to the health of the Oklahoma economy, Gov. Stitt has loaded the Commission on Cooperative Sovereignty with energy professionals such as Larry Nichols, chairman emeritus of Devon Energy; Harold Hamm, executive chairman of Continental Resources; and Alan Armstrong, president and CEO of the Williams Companies.[8]

There are already two cases in Oklahoma state court implicating the potential for formal recognition of the Cherokee and Chickasaw reservations.[10] The first involves a case in Craig County where the Cherokee Nation presented evidence of the tribal jurisdiction in a hearing for a Native American “charged with crimes within the tribe’s historical boundaries.”[11] The second case involved Oklahoma death row inmate Shaun Bosse, convicted in McClain County for the 2010 murder of his ex-girlfriend and her two children.[12] Bosse is not Native American, but his victims were, which his attorneys argue is enough to establish the state of Oklahoma never had jurisdiction to try him for the killings. Instead, Bosse’s attorneys argue that, because the crimes were committed against Indians within the historical boundaries of the Chickasaw Reservation (and therefore Indian Country), Bosse was subject to federal criminal jurisdiction. The Chickasaw Nation is expected to present evidence its reservation was never disestablished and “continues to exist within the Treaty Territory.”[13]

Oklahoma Attorney General Mike Hunter has stated he does not intend to stipulate to the existence of a reservation and is forcing inmates appealing their criminal convictions to meet their burden of proving (1) their crimes involved Indians and (2) the crimes were committed in Indian Country. Hunter is also arguing that, “if a non-Indian is the perpetrator … it ought to continue to be the subject of state jurisdiction.”[14] It appears to be only a matter of time until formal recognition is the new norm, and Hunter’s rearguard action may just be buying time in the name of public safety.

While Oklahoma officials and the Five Tribes had an “agreement in principal” regarding civil and criminal jurisdiction soon after the court’s McGirt decision, it quickly fell apart with the Seminole Nation withdrawing first.[15] The other tribes soon followed. While a rapid transition, the Five Tribes have had their own attorneys general, prosecutors, and police forces for much longer than the recent McGirt decision and are accustomed to working with federal prosecutors.[16] With a Native American population of 420,000, Oklahoma has the largest American Indian population in the country by total numbers and by percentage of the population at 14.6%.[17]

The Supreme Court has previously held that any tribal member living in “Indian Country” under the Major Crimes Act must be considered “outside the State’s taxing jurisdiction” absent explicit congressional direction to the contrary.[18] As such, not only are the half-million tribal members potentially exempt from the various state taxes, but the “Indian Country” or reservation designation also empowers tribal actors to regulate much of the non-Indian activity that occurs in the area, potentially taxing certain activities by non-members on the reservations.[19] This could include the likely taxation of oil and gas business in eastern Oklahoma by the tribes imposing their own taxes on these lessees.

Such an eventuality has already been confirmed by Supreme Court precedent in Kerr-McGee Corp. v. Navajo Tribe of Indians, 471 U.S. 195 (1985), when the court upheld the authority of the Navajo to “tax business activities conducted on its land,” even when those activities were conducted by non-Indian mineral producers. As the court explained, “The power to tax members and non-Indians alike is surely an essential attribute of such [tribal] self-government.”[20] Similarly, in Merrion v. Jicarilla Apache Tribe¸455 U.S. 130 (1982), the Supreme Court upheld the authority of the Jicarilla Apache Tribe to “impos[e] a severance tax on ‘any oil and natural gas severed, saved and removed from Tribal lands.’”[21]

Because states generally do not have authority to tax Indian reservation lands or Indian income from activities carried on within the boundaries of the reservation, the state will likely be unable to tax the sale of oil and gas by and of the affected tribes or their members within the area identified as reservation.[22] As a result, oil and gas companies owned by a tribe or tribal members could have a distinct advantage in the post-McGirt landscape, potentially incentivizing the sale of oil and gas operations to tribes for tax advantages.[23]

The as yet unanswered question is how grave the impact of the McGirt decision will be on the energy and environmental regulatory landscape in Oklahoma long term. Recently, the Environmental Protection Agency granted the state of Oklahoma’s request for regulatory control over tribal lands, activating a long-dormant rider Oklahoma’s senior U.S. Senator Jim Inhofe put into the 2005 Safe, Accountable, Flexible, Efficient Transportation Equity Act (SAFETEA).[24] The “midnight rider” allowed the EPA to grant the state of Oklahoma, upon request, the right to administer its approved state environmental program over state tribal lands.[25]

In his application to the EPA, Oklahoma Gov. Stitt requested (and was approved for) control of environmental regulations dealing with, in part, hazardous waste dumping on tribal lands, Underground Injection Control (an EPA program permitting fracking), and large agricultural operations such as Concentrated animal Feeding Operations [CAFO].[26] Additional regulatory control was handed over for underground storage, air pollution, pesticides, lead-based paints, and asbestos in schools.[27] There is favorable court precedent, however, for a legal position advocating for a more active role for the EPA other than granting Oklahoma’s request carte blanche.

In Oklahoma Dept. of Environmental Quality v. EPA, 740 F.3d 185 (2014), the D.C. Circuit in interpreting SAFETEA’s Sec. 10211(a)—containing the provision for potential authority over “Indian country”—found it likely that the EPA could condition such a grant of authority with other attached requirements.[28] So while the EPA has presently approved all of Gov. Stitt’s requests claiming lack of discretion to do otherwise, a legal challenge advocating otherwise is certainly neither meritless nor to be unexpected.[29] Nevertheless, the action has turned back the clock on McGirt, at least regarding environmental decisions, for the time being.[30]

Tribal apprehension over a similar maneuver by the Oklahoma Congressional Delegation to negate the additional rights gained after McGirt prompted the National Congress of American Indians, among eight total Native American organizations, to send a letter voicing their sovereignty concerns to each member of the Delegation.[31] This squarely addresses the current approach by Gov. Stitt as well as Sen. Inhofe and Attorney General Barr, all of whom have opined on the need for a federal legislative fix to McGirt.[32]

One final matter of concern is how tribal regulations and taxes would affect nontribal citizens owning fee land (not held in trust by the Department of the Interior) within the reservation. Experts weighing in have concluded that these parcels when owned by nontribal citizens could not be taxed or regulated by tribal authorities. The exception, however, is that tribes can “enforce regulations on nontribal citizens if these residents consent to it, or if the action by the noncitizens ‘threatens or has some direct effect on the political integrity, the economic security or the health or welfare of the tribe.’”[33] The exception derives from the Supreme Court’s decision in Montana v. United States, 450 U.S. 544 (1981), when it stated the aforementioned in deciding title to lands disputed between the state of Montana and the Crow Tribe of Indians.[34]

What does this mean for Oklahoma’s oil and gas producers? That the “roughly twenty five percent of Oklahoma’s oil and gas well[s] and sixty percent of its oil refineries are impacted by [McGirt].”[35] Barring further federal intervention, tribal severance taxes should be expected across all Five Tribal reservations. The Seminole Nation of Oklahoma passed such a severance tax (8%) in 2018, applying to oil and gas producers within their jurisdiction.[36]

As a reminder of the scope of the potential problem for the energy industry, Oklahoma is the fourth largest U.S. crude oil producer in the nation, accounting for 5% of production.[37] The Five Tribes’ reservation area in eastern Oklahoma accounts for 19 million acres, largely the eastern half of Oklahoma, and is home to 1.9 million Oklahomans, tribal and nontribal.[38]

The reality of the post-McGirt area is slowly materializing. Though McGirt addressed a matter of criminal jurisdiction, its conclusion that most of eastern Oklahoma is reservation under the Major Crimes Act is causing wide-ranging effects on the state’s taxation and environmental regulatory bodies, with its effects on the oil and gas industry only a matter of time. While the four remaining tribes await (potential) formal recognition of their reservations via court case, the Oklahoma congressional delegation is aiming for a federal legislative solution in a permanent effort to curtail further economic losses for the state from tribal sovereignty. Stay tuned.

Andy Hicks and Adam Dinnell are partners and trial lawyers at the Houston trial firm Schiffer Hicks Johnson PLLC. Andy, a member of the Oklahoma bar, has extensive experience in energy matters, including disputes involving energy industry transactions; joint operating agreements; and the development, processing, and sale of oil and gas. Adam, since joining the firm from the U.S. Department of Justice, has tried several energy-related matters, including cases involving oilfield service contracts, natural gas sales, and mineral assets. Dave is a former army officer and third-year law student at the University of Chicago Law School.

[2] The ruling has already been described by some as one of the most important decisions in the history of the state. Tribal Law Expert Calls Supreme Court’s McGirt Ruling ‘Most Important’ in State History, Tulsa World, https://tulsaworld.com/news/local/crime-and-courts/tribal-law-expert-calls-supreme-courts-mcgirt-ruling-most-important-in-state-history/article_1900078e-1bcf-5f45-9a37-fd82e0c9febd.html.

[10] Chris Casteel, Formal recognition of four other tribal reservations could come by year’s end, The Oklahoman, (Sep. 27, 2020, 1:06 AM), https://oklahoman.com/article/5672522/formal-recognition-of-four-other-tribal-reservations-could-come-by-years-end.

[15] Cary Aspinwall and Graham Lee Brewer, Half of Oklahoma is Now Indian Country. What does that Mean for Criminal Justice There?, The Marshall Project, (Aug. 4, 2020, 6:00 AM), https://www.themarshallproject.org/2020/08/04/half-of-oklahoma-is-now-indian-territory-what-does-that-mean-for-criminal-justice-there.

[23] Whereas a tribe-owned oil and gas company would be exempt from state laws, non-Indian “oil and gas lessees operating on Indian reservations [a]re subject to nondiscriminatory state taxation as long as Congress did not act affirmatively to pre-empt the state taxes.” Cotton Petroleum Corp. v. New Mexico¸490 U.S. 163, 175 (1989) (citing Oklahoma Tax Comm’n v. Texas Co., 336 U.S. 342 (1949). This means that a non-Indian operating a well in the reservation area would likely owe taxes to Oklahoma while a tribal member would not.