The Keystone XL Pipeline: What Happens Next?

The Keystone XL Pipeline: What Happens Next? 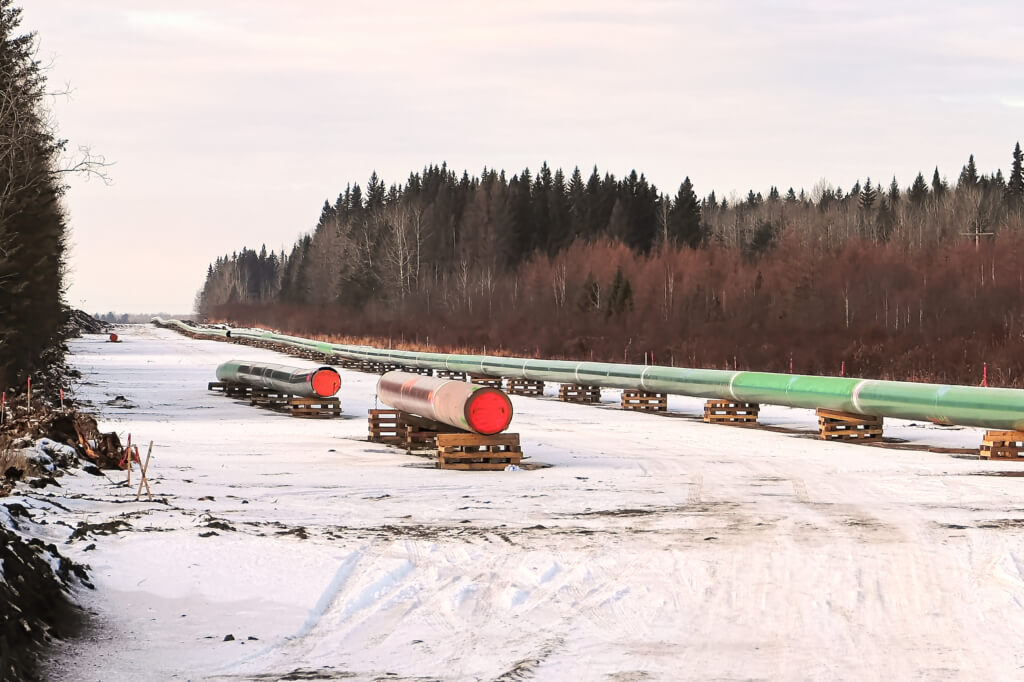 On January 20, 2021, President Joe Biden signed an executive order revoking the presidential permit for the Keystone XL pipeline border crossing. While this is not the first time a U.S president has issued such a directive, it may be the final blow for a project that has been in progress for more than a decade.

Both TC Energy and the Canadian government quickly censured the move. TC Energy stated in a press release that it was “disappointed with the expected order,” which overturns “an unprecedented, comprehensive regulatory process that lasted more than a decade and repeatedly concluded the pipeline would transport much-needed energy in an environmentally responsible way.”[1] Similarly, Canadian Prime Minister Justin Trudeau said in a statement, “While we welcome the president’s commitment to fight climate change, we are disappointed.”[2]

TC Energy and the province of Alberta (which took an ownership stake in the pipeline in 2020) are currently evaluating their legal options. According to Alberta Premier Jason Kenney, “Alberta will work with TC Energy to use all legal avenues available to protect its interest in the project.”[3] Indeed, Kenney has indicated that his government would file lawsuits seeking damages from the United States for cancelling the pipeline.[4]

These avenues for recovery likely will be limited due to the president’s broad power to issue or revoke permits. In fact, Article 1 of the Amended Presidential Permit signed by President Donald Trump in 2019 explicitly states that “[Keystone’s] permit may be terminated, revoked, or amended at any time at the sole discretion of the president, with or without advice provided by any executive department or agency.”[5]

Kristen van de Biezenbos, an associate professor at the University of Calgary’s Faculty of Law, noted, “President Trump could have revoked Keystone XL’s permit…at any time. Similarly, once he becomes president, Biden can revoke it at any time.”[6] According to Biezenbos, Alberta could only recoup its investment if the loan guarantee explicitly stated that TC Energy must compensate the province if it was unable to complete the project.[7] “But if you’re talking about damages from the U.S. government, I don’t see how,” she added.

TC Energy may file a similar claim in 2021, arguing that the United States breached provisions under NAFTA’s Chapter 11, citing obligations related to non-discrimination, minimum standard of treatment, and expropriation and compensation.[12] But if history is any guide, the company faces an uphill battle. The United States has never lost a NAFTA Chapter 11 case and been required to pay damages.[13] Further, Article 1114 of NAFTA states:

Nothing in this Chapter shall be construed to prevent a Party from adopting, maintaining or enforcing any measure otherwise consistent with this Chapter that it considers appropriate to ensure that investment activity in its territory is undertaken in a manner sensitive to environmental concerns.

While TC Energy has immediately suspended work on the project, it has not yet announced what legal options it will pursue in response to the executive order. Even if the Keystone pipeline project is shelved, TC Energy has indicated a willingness to pursue other projects: “Our base continues to perform very well and, aside from Keystone XL, we are advancing $25 billion of secured capital projects along with a robust portfolio of other similarly high quality opportunities under development.”[14] Considering the amount of money invested in Keystone XL, it would be surprising to see the company (and Alberta) fail to at least try to obtain some form of redress.

[2] Statement by the Prime Minister of Canada on the United States’ Decision on the Keystone XL Project, PRIME MINISTER OF CANADA (Jan. 20, 2021), www.pm.gc.ca/en/news/statements/2021/01/20/statement-prime-minister-canada-united-states-decision-keystone-xl.

[11] Order of the Secretary-General Taking Note of the Discontinuance of the Proceeding, icsidfiles.worldbank.org/icsid/ICSIDBLOBS/OnlineAwards/C5646/DC10192_En.pdf.

[12] Although NAFTA was replaced in July 2020 by the United States-Mexico-Canada Agreement (USMCA), Chapter 14 of the USMCA includes a transition clause that extends the time for investors to file legacy-related NAFTA claims through 2023.

Next PostSHJ Seeks Summer Associates for 2021