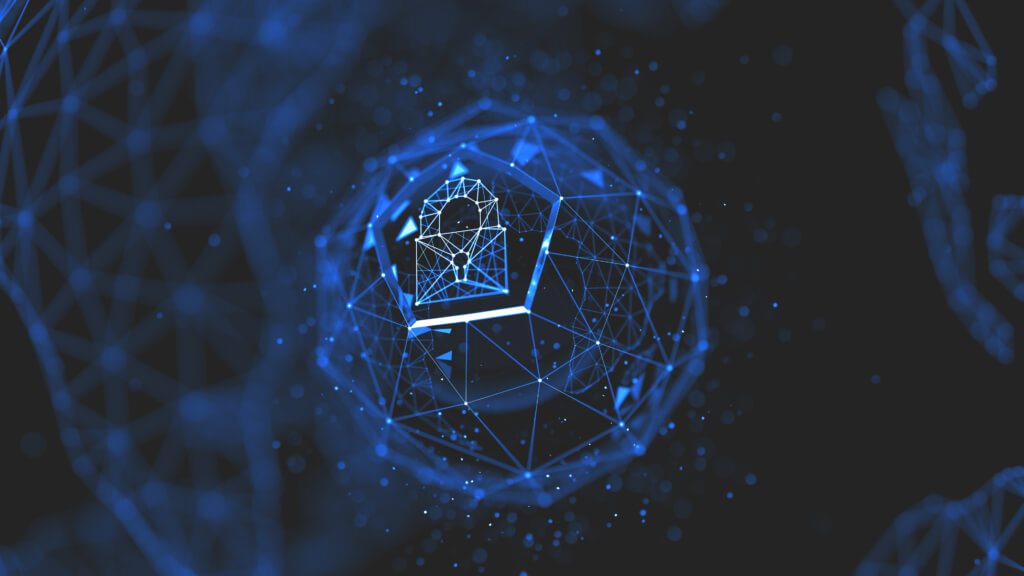 Given the primacy of technology to the operation of the global economy, it should come as no surprise that jury awards in trade secret disputes are trending well into the nine-figure range. As recently as March 18 of 2021, a Texas jury awarded $152 million to a software company in a trade secret dispute.[1] To that end, Stout Risius Ross, a global investment bank and advisory firm recently reported that the total amount awarded by juries in trade secret lawsuits exceeded $3 billion from 1990 to 2017.[2] And GE’s recent $1 billion lawsuit against Siemens Energy for theft of trade secrets relating to rig contract bids elucidates the upward trajectory of damages sought in trade secret litigation.[3]

This article will provide an overview of two laws: the Texas Uniform Trade Secret Act (TUTSA) and the recently enacted Defend Trade Secrets Act of 2016 (DTSA). Specifically, we will analyze key aspects of each law, particularly where they diverge. This article focuses on a spate of recent decisions from the Texas federal courts to show how the two laws can impact a trade secret dispute and how a party in litigation can maneuver them towards a favorable resolution.

Determinations between TUTSA and DTSA should, of course, be made on a case-by-case basis since they are dictated by the facts and circumstances of each dispute. Yet it is imperative that the differences between the two be considered as early as possible—ideally, prior to the issue of litigation arising in the first place, as a party may be able to craft mandatory forum selection clauses and claim waivers in transactional documents such as non-disclosure agreements, confidentiality agreements, or virtual data room agreements.[4] Deciding whether to proceed under TUTSA or DTSA also directly relates to fundamental and preliminary litigation concerns, including choice of forum and the choice of claims pled.

I. Similarities Between TUTSA and DTSA

The architecture of TUTSA AND DTSA statutes is generally the same.[5] Both define “trade secrets” broadly and both provide remedies for theft or misappropriation through injunctive relief, monetary damages, or both. The salient portions of both statutes are provided below:

a. TUTSA and DTSA’s definition of trade secrets is largely the same.

TUTSA defines trade secrets as “all forms and types of information, including business, scientific, technical, economic, or engineering information” as well as any “formula, design, prototype, pattern, plan,” or similar item.[6] To qualify as a trade secret, TUTSA requires secrecy: the owner must have taken “reasonable measures under the circumstances to keep the information secret.”[7] TUTSA also requires that the information have “independent economic value, actual or potential, from not being generally known to, and not being readily ascertainable by, another person who can obtain economic value from the disclosure or use of the information.”[8]

DTSA similarly provides a broad definition of “trade secret.” Trade secrets are all forms and types of:

b. TUTSA and DTSA’s definitions of misappropriation are almost exactly the same.

DTSA provides a practically identical definition of “misappropriation.”[13] However, the federal statute does provide one requirement for actionable misappropriation that is not present in its Texas analogue: DTSA requires that the trade secret be “related to a product or service used in, or intended for use in, interstate or foreign commerce.”[14]

c. Other salient provisions of both statutes are also nearly identical.

Should a trade secret be misappropriated, TUTSA provides both injunctive and monetary relief. An injunction under TUTSA can enjoin actual or threatened misappropriation or, in exceptional circumstance, may condition future use of the secret on the payment of a reasonable royalty.[15] TUTSA provides monetary damages for the actual loss and unjust enrichment caused by the misappropriation.[16] The provisions for injunctive relief and awards of monetary damages under DTSA are practically identical.[17]

Both statutes also provide for an award of exemplary or punitive damages should a plaintiff show that the defendant willfully and maliciously misappropriated the trade secret (although there is a potential evidentiary difference discussed below).[18] Furthermore, both statutes provide for awards of attorneys’ fees for misappropriation claims made in bad faith, bad faith filings or oppositions to motions to terminate an injunction, or willful or malicious misappropriation.[19]

II. Differences Between TUTSA and DTSA/Their Impact on Litigation

Despite much in common, the two statutes also have significant differences. The federal courts of Texas have begun to explore these differences—and their implications. Significantly, these differences can impact the claims that can be brought by a litigant, how those claims must be pled, etc. Thus, understanding the statutory difference and their implications is vital to any trade secret dispute. Simply put, because DTSA provides litigants with the choice of a federal forum, the nuances of state vs. federal law and forum as they relate to trade secret litigation must be examined to maximize a business’ litigation strategy.

The DTSA is a federal statute that expressly provides that the “district courts of the United States shall have original jurisdiction of civil action brought under [the DTSA].”[20] Thus, while there is no requirement that a DTSA claim must be brought in federal court, a defendant would have a right to remove a lawsuit containing a DTSA claim on federal question jurisdiction grounds.[21] And while TUTSA claims could be asserted in federal court (so long as federal jurisdiction otherwise exists) the following will assume such state law claims are mainly asserted in state courts. This assumption is made to illustrate the impact the federal vs. state forum can have on a trade secret claim as well as elucidate certain strategic concerns that a business must make in litigating such claims.

Federal Pleading Standard. Federal law follows a plausibility standard of pleading that requires a complaint to state a claim to relief that is plausible on its face.[22] A claim has facial plausibility when the plaintiff pleads factual content that allows the court to draw the reasonable inference that the defendant is liable for the misconduct alleged.[23] The plausibility standard is not akin to a probability requirement, but it asks for more than a sheer possibility that a defendant has acted unlawfully.[24] Where a complaint pleads facts that are merely consistent with a defendant’s liability, it stops short of the line between possibility and plausibility of “entitlement to relief.”[25]

Texas Pleading Standard. Texas law follows a fair notice standard of pleading. This standard looks to whether the opposing party can ascertain from the pleading the nature and basic issues of the controversy and what testimony will be relevant.[26] All that is required, generally, is enough information sufficient to enable the defendant to prepare a defense.[27]

Claims asserted under DTSA may create federal jurisdiction while a plaintiff opting to assert TUTSA claims may avoid the federal courts. Critically, with federal jurisdiction comes federal pleading standards and thus more detailed, plausible averments and not simple fair notice.[28] As one recent federal court decision noted, “while federal courts applying Texas law have discussed the similarity (or even uniformity) of terms like ‘trade secret,’ or requirements for an act to constitute ‘misappropriation,’ such similar elements and overlapping definitions are irrelevant if they are not pleaded properly under the appropriate standard.”[29]

This heightened standard can directly impact a plaintiff’s ability to successfully plead a trade secret claim in federal court (or a defendant’s ability to defeat one). Indeed, if not “pleaded properly under the appropriate standard,” federal courts will dismiss a plaintiff’s claims. Thus, the choice between DTSA or TUTSA can significantly impact forum, pleading standards, and even the viability of the lawsuit.

Equally as significant is the issue of TUTSA preemption. TUTSA preempts “conflicting tort, restitutionary, and other law of this state providing civil remedies for misappropriation of a trade secret.”[30] Critically, there is no preemption under DTSA.[31]

TUTSA has dire consequences for the claims pled by a plaintiff. When applied, TUTSA preemption encompasses all claims based on the alleged improper taking of confidential business information.[33] Therefore, TUTSA preemption can be used by to seek dismissal of many commonly plead claims for:

The impact of dismissal can extend beyond the loss of a claim; for example, the commonly pled claim of violations of the Texas Theft Liability Act has a fee shifting provision that may entitle the defendant to an award of attorneys’ fees upon dismissal.[39]

There is currently a split amongst the Texas federal courts on the extent of TUTSA preemption. The Texas state courts and Western, Northern, and Eastern Districts apply TUTSA’s preemption provisions to all claims premised on the unauthorized taking of confidential information.[40] Conversely, the Western District preemption holdings are not all-encompassing and allow a plaintiff to plead alternative theories under separate causes of action.[41] Thus, the choice of not only a federal forum, but which federal forum in which a plaintiff asserts its trade secrets claim can have dire consequences on the lawsuit.

There are also a few differences in the forms of relief available under TUTSA and DTSA. The most obvious of these differences is DTSA’s provision of a civil seizure remedy. This remedy allows an aggrieved party to apply for a court to seize property necessary to “prevent the propagation or dissemination of the trade secret that is the subject of the action.”[42] TUTSA has no analogue.

For example, a party may believe the risks of TUTSA preemption outweigh the dangers of a heightened federal pleading standard and so decide to proceed in a federal forum. They would likely choose to plead claims under DTSA and eschew TUTSA, which would be advisable if that party had concerns as to whether it could show the misappropriated information truly constitutes a trade secret or is merely confidential and proprietary. In such circumstances, proceeding with a DTSA (as opposed to TUTSA) claim in federal court is the preferable course of action despite facing a heightened pleading standard.

Conversely, a party may believe in the strength of its trade secret claim and wish to avoid the federal pleading standards, leading it to file TUTSA claims in state court. A party may make this determination if it believes in its ability to establish the trade secret nature of the misappropriated information and wishes to avail itself of less onerous pleading standards by proceeding in a state forum under TUTSA.

[4] While the use of such clauses can significantly impact the course of a trade secret dispute, further analysis is beyond the scope of this article.