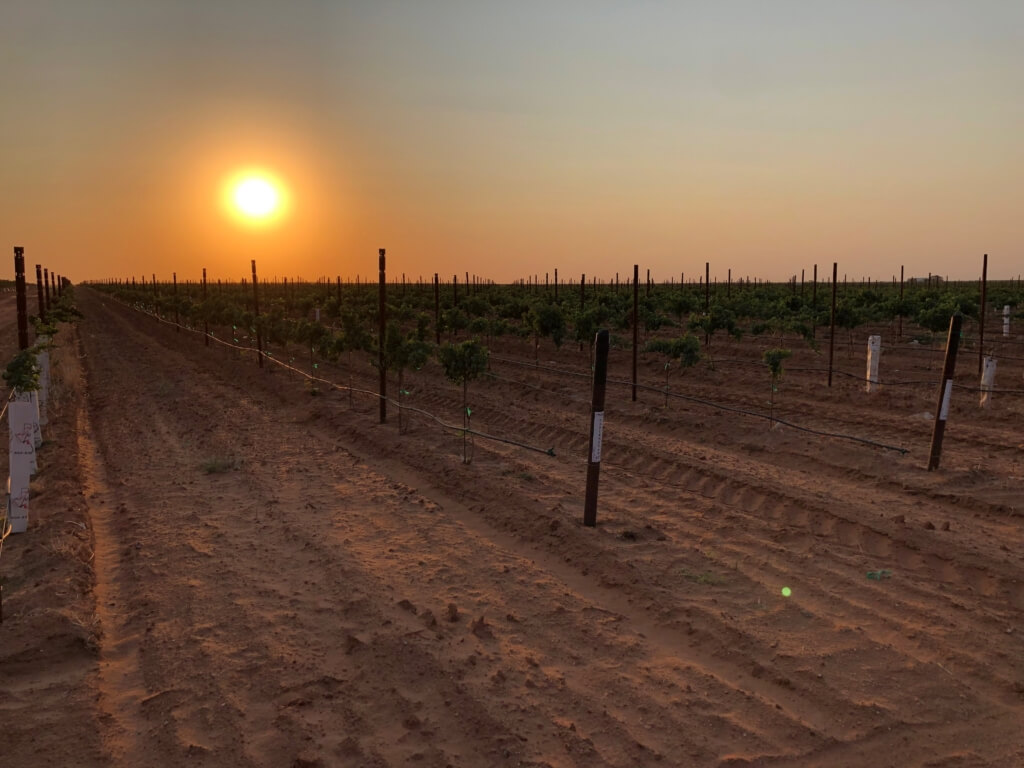 The suit says that in recent years, volatilizing dicamba applied to genetically modified cotton crops has damaged up to 95 percent of the productive grape vines on dozens of family-owned and operated vineyards covering 3,000 acres near Lubbock. The loss threatens the existence of many High Plains vineyards, which have taken decades to cultivate and account for 85 percent of the grapes produced, sold, or used by the state’s $13.1 billion wine industry.

“Over the past 30 years, through sweat and determination, these farmers have built the nation’s fifth largest wine industry,” said Adam Dinnell, partner at Schiffer Hicks Johnson PLLC of Houston, one of the law firms representing the grape growers. “But Bayer-Monsanto has turned this Texas success story into an economic and environmental nightmare through duplicity and greed.”

Added co-counsel Andy Hicks: “Bayer-Monsanto and BASF knew that vineyards and other specialized crop growers would be damaged by the new seed system—there were numerous red flags. They simply did not care. To them, Texas grape growers and their livelihoods were just a cost of doing business.”

Dinnell and Hicks said evidence shows Monsanto knew as early as 2009, years before the seed system was released, that dicamba is highly volatile under hot and dry conditions, turning into a gas that travels miles to wreak havoc on vulnerable broad-leaf crops such as grapes and other fruits. Yet lured by the prospect of billions in profits, the company joined forces with BASF in 2010 to develop and eventually market the Xtend seed system, in which seeds are genetically modified to survive application of a dicamba-based weedkiller.

In February 2020, a Missouri jury awarded $265 million in damages caused by dicamba drift to one peach orchard. While the award was eventually reduced to $75 million, Bayer-Monsanto struck a $400 million settlement to settle other suits filed by angry farmers.

But the agreement does not cover the Texas grape growers, who saw their highly productive vineyards wither and, in some cases, die as a result of the dicamba-resistant seed system’s use on over two million surrounding acres of cotton. Since there are no dicamba-resistant grape vines, the plants were defenseless to the millions of pounds of the herbicide in the region’s atmosphere.

While the suit is receiving extensive press coverage, it is not clear whether the Texas wine industry can survive the onslaught. Some vineyards have experienced a 90 percent reduction in their grape harvest, which brings in more than $2,500 a ton.

“In the past, we’ve gotten top premium price for our grapes,” said Cliff Bingham, a plaintiff in the case and owner of Bingham Family Vineyards in Meadow. He added that his annual production crashed from 800 tons to under 100 tons last year.

Now Bingham says his business is facing extinction because of dicamba poisoning. “You’re talking about the legacy of a family business. Eight of our 11 children’s livelihoods depend on this vineyard. If we can’t grow dicamba-free, we’re history.”