Are SPACs Going to Lose Their Safe Harbor?

Are SPACs Going to Lose Their Safe Harbor? 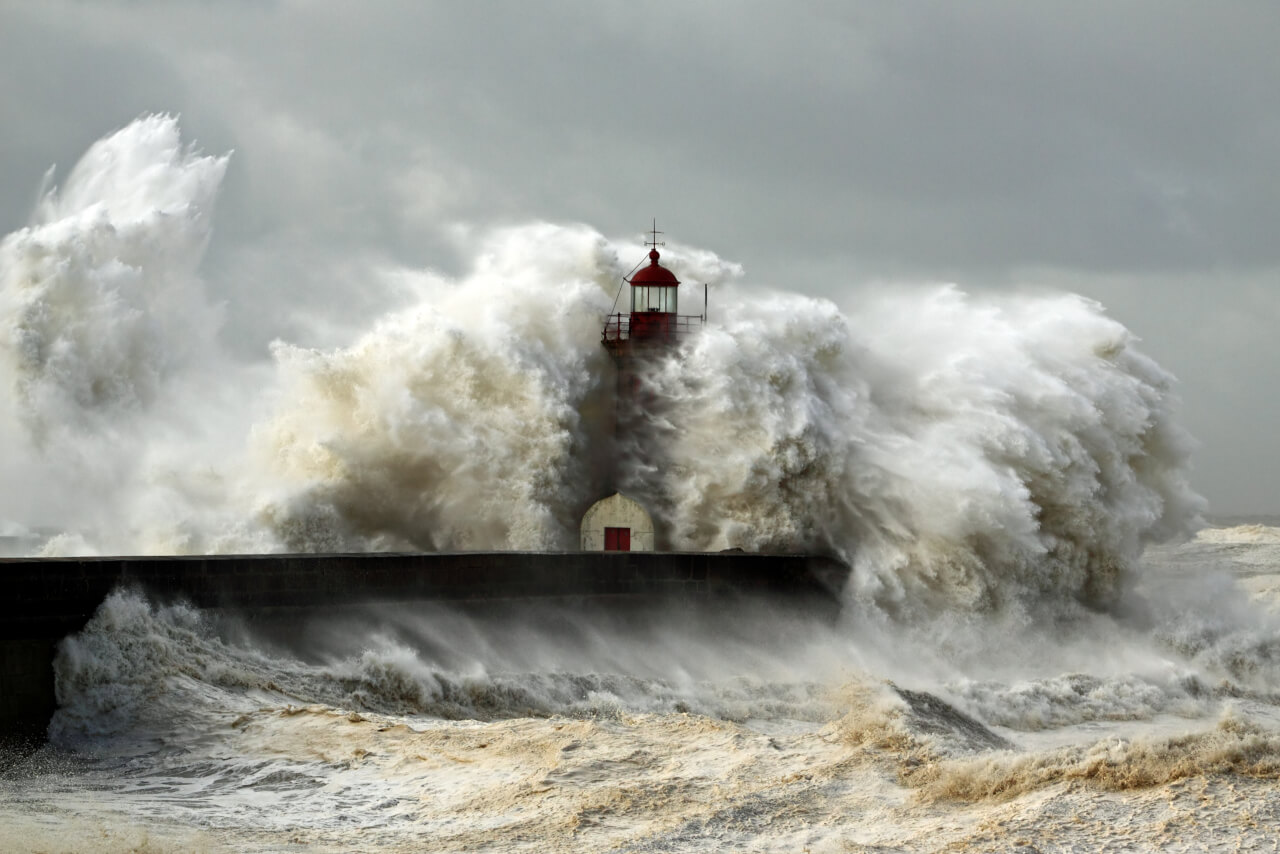 By Varant Yegparian and Jon Janes

On May 24th, 2021, the U.S. House Committee on Financial Services held a hearing regarding SPACs, direct listings, public offerings, and investor protection associated with these offerings. Prior to the hearing, the committee released draft legislation amending the safe harbor for forward-looking statements provided in the Private Securities Litigation Reform Act of 1995 (PSLRA). If passed, companies looking to go public through a SPAC (commonly referred to as a “de-SPAC” or “business combination”) will face increased potential liability in forward-looking statements like the proxy provided to SPAC shareholders for purposes of voting on the de-SPAC or business combination.

This potential liability will not only influence the disclosures and communication made by the SPAC, their target, and their respective directors and officers to minimize risk while building support among shareholders for the de-SPAC transaction, but also impact the directors and officers liability insurance purchased to protect the directors, officers, and companies if a shareholder should sue them, alleging the disclosures were wrong or misleading.

What is the Safe Harbor and How Does it Apply to a SPAC?

The safe harbor for forward-looking statements included in the PSLRA provides that in any private action (the safe harbor does not apply to SEC enforcement actions) under the 1933 and 1934 Acts based on misrepresentation or omission of material act, an issuer (the company) and those acting on their behalf (officers) are not liable for any forward-looking statements if:

The safe harbor does not extend to an enforcement action by the SEC or DOJ.

The safe harbor for forward-looking statements excludes statements in an offering by a blank check company, which is defined by federal securities law as a development-stage company that has no specific business plan or purpose or has indicated a plan to engage in M&A with an unidentified company, entity, or person, and is issuing a penny stock.

Implication for SPAC Sponsors and their Targets

SPAC sponsors and their targets have already caught the attention of the plaintiffs’ securities bar. Woodruff Sawyer’s 2021 Databox Mid-Year Update reported that 15 SPAC-related securities class actions were filed in the 1H of 2021, a 200% increase from 2020.

The plaintiffs’ firms are going after de-SPAC transactions. If the draft legislation is adopted, plaintiffs’ firms will put the pedal to the floor as SPAC sponsors and their targets will be exposed to even more potential liability for inaccuracies in forward-looking statements, including projections. This increase in risk will likely drive companies and SPACs to be even more thorough with reviewing projections or the use of projection even be reconsidered. In either event, the costs associated with the de-SPAC transaction, including financial advisors, accounting, legal, and directors and officers liability insurance, will increase.

Legal Ramifications from Removal of the Safe Harbor

If the PSLRA is amended to exclude SPACs from the safe harbor, SPACs should anticipate substantive and procedural impacts to their ability to defend themselves against litigation.

Without the safe harbor, SPACs could still enjoy similar protection from the common law “Bespeaks Caution” doctrine, which also immunizes forward-looking statements. To qualify for this doctrine’s protection, the statement must 1) be identified as a forward-looking statement, and 2) be accompanied by meaningful cautionary language. Many federal circuits also require good faith, meaning that the statement in question was not made with knowledge of its falsity.

There is considerable overlap between the safe harbor and the Bespeaks Caution doctrine, leading courts to describe the two as “counterparts” and “closely related.” Both apply to forward-looking statements, and both require an accompanying statement that tempers the forward-looking statement. However, a lot can happen in the space between “closely related” and “identical,” and there are important substantive differences between the two that will impact SPAC litigation.

The Bespeaks Caution doctrine and the PSLRA also have a subtle but important difference in how they view “materiality.” Both protect forward-looking statements that, when accompanied by adequate disclosures, are immaterial.

However, the PSLRA provides an additional, easier pathway to protection: a forward-looking statement “accompanied by meaningful cautionary statements identifying important factors that could cause actual results to differ materially from those in the forward-looking statement” will be protected as well. The Bespeaks Caution doctrine does not have this feature. Courts and commentators have noted that this “important factors” prong of the PSLRA is an easier standard to meet.[2] Therefore, if SPACs can no longer invoke the safe harbor, they should expect to meet a higher threshold on the materiality of the cautionary language accompanying its forward-looking projections.

There are important procedural implications as well. The PSLRA mandatorily stays all discovery when a defendant files its motion invoking the safe harbor. This stay halts all discovery until the court rules on the motion.

The discovery stay has important practical benefits. It enables a defendant to avoid the costs of written discovery, depositions, discovery motion practice, and the like. It also prevents plaintiffs from generating leverage by aggressively pursuing discovery in the hopes of obtaining a key admission or document and thus pressuring a defendant into settlement. Stopping discovery lessens a defendant’s exposure as they need not be worried about harmful admissions or disclosures made through the discovery process.

Bespeaks Caution doctrine provides no stay on discovery. Without such a stay, SPACs and their directors and officers should expect an increase in defense costs and legal exposure should the PSLRA be amended to exclude SPACs from the safe harbor.

The impact of the proposed legislation to the directors and officers liability insurance market is that a tough buyers’ market will become even tougher as insurers reevaluate their appetite for insuring de-SPAC transactions.

Potential shifts in D&O insurance appetite for SPAC transactions could include:

1. Higher cost. The high cost of directors and officers liability insurance for SPACs and companies going public through SPACs is well documented. The drivers behind the premium increase include the increased frequency of litigation filed against SPAC sponsors and their targets and the decreased supply, or capacity, of directors and liability insurers with the appetite for de-SPAC transactions. These issues are expected to become more acute based on the high number of SPACs now searching for targets, increasing the potential that companies not yet ready to be public through a de-SPAC transaction do so anyway.

2. Larger self-insured retentions. SPACs should expect an increase in litigation if they are excluded from the safe harbor. Substantively, while doctrines like Bespeaks Caution provide defenses like the safe harbor, they are not the same. Meeting the requirements of the Bespeaks Caution doctrine will require more from SPACs: more evidence to show good faith or the immateriality of the forward-looking statement; more liability exposure in the form of having to clear requirements not present in the PSLRA; and more time, money, and resources in having to litigate and not enjoy the benefits of the safe harbor’s stay on discovery. The potential of increased costs and exposure may drive retentions even higher than current levels, so that insurers are farther away from the perceived exposure.

Insurers could look to drive other changes if the proposed legislation is passed, but one would hope any shift in appetite is not too dramatic. Given that the PSLRA’s safe harbor only applied to private actions, insurance carriers are already pricing for the risk that the SEC and DOJ could bring an enforcement action against a company for the same forward-looking statement(s) that is potentially protected by the safe harbor today.

While the absence of the safe harbor makes it harder for a SPAC and its directors and officers to defend lawsuits, it certainly does not make it impossible. Common law doctrines like Bespeaks Caution will still be available to SPACs and will figure centrally in their defenses. Again, many courts have treated the protections of the Bespeaks Caution doctrine to be highly similar to those provided by the PSLRA’s safe harbor. As a result, SPACs can still enjoy some measure of protection for their forward-looking statements.

Nevertheless, SPACs should expect heightened scrutiny of their qualifying language accompanying its forward-looking projections because common law doctrines like Bespeaks Caution require more detailed disclosures than the PSLRA’s safe harbor. Now more than ever, it is critically important that SPACs, their directors and officers, and their counsel take extreme care in crafting the disclaimers that accompany forward-looking statements given how much they will factor in the SPAC’s legal defense. In addition, serious D&O insurance to help offset the cost of potentially heightened defense costs is also very important.

Jon Janes is a Vice President in Woodruff Sawyer’s Management Liability Practice. He works with SPAC sponsors and public and high-growth private companies to optimize their D&O insurance programs. Woodruff Sawyer ranks as one of the largest independent insurance brokerage and consulting firms in the nation with 500 employees in 15 offices throughout the U.S.

Varant Yegparian is a partner at Schiffer Hicks Johnson PLLC, a Houston-based litigation and trial law firm. He represents plaintiffs and defendants in a wide variety of commercial litigation matters, from contentious organizational disputes involving claims against directors and officers to claims involving cutting edge technology.