A World Without Non-Competes? What the FTC’s Proposed Ban Means for In-House Counsel

A World Without Non-Competes? What the FTC’s Proposed Ban Means for In-House Counsel 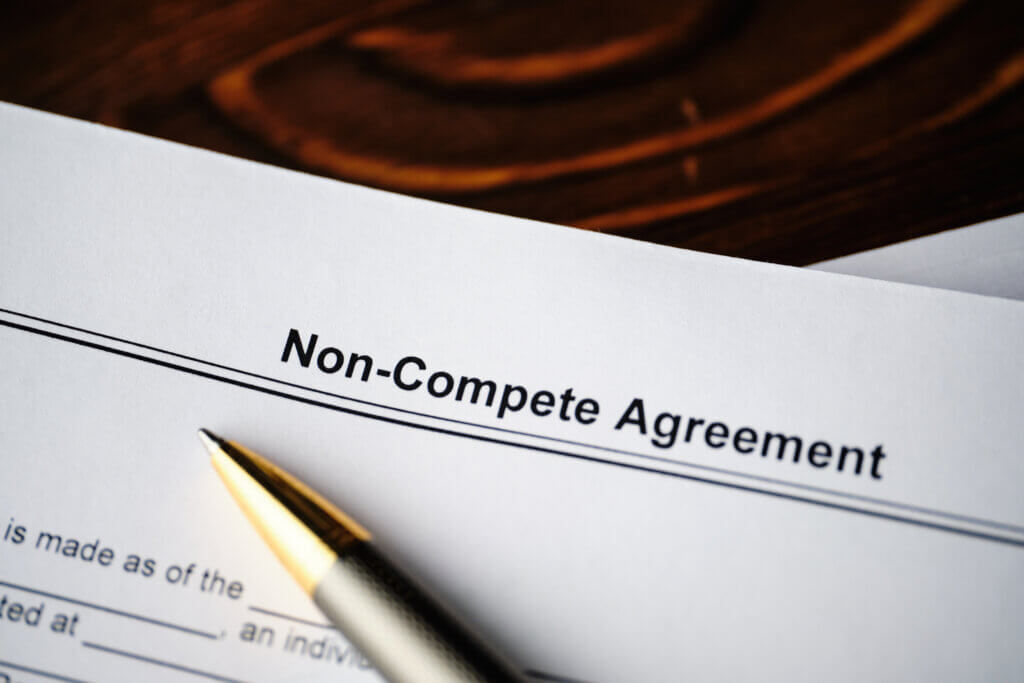 By Varant Yegparian and Adam Greiner

The non-compete—a clause that binds approximately one-fifth of all American workers—may soon be a thing of the past. New guidance from the Federal Trade Commission (FTC) threatens to abolish the use of non-compete clauses in all but the most limited of circumstances, upending a long-established protection used by countless corporations nationwide. This article outlines the implications of the FTC’s proposed rule and, should it be implemented, offers a path forward for in-house legal departments seeking to minimize damage to their businesses.

The new development comes in the wake of the FTC’s November 10, 2022 statement on its planned regulation of “unfair methods of competition” under Section 5 of the FTC Act. This statement clarified the FTC’s position on what conduct Section 5 reaches, asserting that it encompasses various types of unfair conduct beyond the Sherman and Clayton Acts. With this broader conception of enforcement in mind, the FTC announced on January 4, 2023 that it had entered into consent agreements with three companies to prohibit them from enforcing or imposing non-competes on specific employees. Now, the FTC seeks to further this practice by restricting employers from entering into, enforcing, or maintaining non-competes with their “workers” as defined by the proposed rule.

Overview of the Proposed Rule

The rule would classify the use of non-compete clauses as an “unfair method of competition,” in violation of Section 5, and also bar employers from representing that their workers are subject to non-compete restrictions without a good faith basis for that belief. The rule’s definition of workers is expansive: it incorporates employees, independent contractors, interns, and volunteers. Franchisees, however, are not included.

The rule provides two examples of “de facto non-compete[s]:” 1) a non-disclosure agreement written so broadly as to preclude the worker from working in the same field after conclusion of the worker’s employment, and 2) a contractual term that requires a worker to pay their employer or a third party for training costs if the worker’s employment terminates within a specific time period, where the payment is not reasonably related to the costs incurred by the employer in training the worker.

The effects of the rule are not solely future-facing. The rule would require employers to rescind all existing non-compete agreements that do not fall under the rule’s single exception (if they are used as part of a sale of all or substantially all of a business’ assets). Employers would be required to individually notify current and former employees of the rescission using a template provided by the FTC. Rescission would be required by the compliance date (not yet set, but current language places it 180 days after the publication of the final rule), and individual notice would have to be provided to all workers within 45 days of the rescission.

Exceptions to the Rule

The rule’s built-in exception is narrow enough to not be applicable in most cases—it does not apply to a non-compete entered into by an owner of a business entity that is selling that business or otherwise disposing of their personal ownership interest in the business. In the same vein, a person who was a substantial owner of, substantial member of, or substantial partner in a business entity at the time they entered into the non-compete remains restricted by their non-compete when selling all or substantially all of the business’ operating assets. A “substantial” owner, member, or partner is one that holds at least a 25 percent ownership interest.

Although the rule does not bar all non-competes, the exception is restrained to specific circumstances related to the sale of business ownership interests or operating assets, depriving employers of protection via non-competes in all other circumstances. The proposed rule also supersedes all state statutes and regulations to the contrary unless those statues provide greater protection than the rule affords. Additionally, it will not affect non-solicitation and non-disclosure agreements.

Next Steps for Employers

It would be hard to overstate the potential impact to businesses should the FTC’s proposed rule become final. Not only will employers be tasked with rescinding all current non-competes for present and past workers and notifying those workers of the rescission, they will also be deprived of an essential way to protect their interests. Indeed, many jurisdictions, like Texas, recognize the concept of “goodwill” as a business asset worthy of protection, thereby providing a basis for the enforcement of a non-compete. Should the rule be enacted in its current form, corporations will be challenged to come forward with new ways of protecting their goodwill, interests, and intellectual property.

In light of these potential changes, it would be prudent for in-house legal departments to begin planning for a future that does not allow for non-competes. There are a number of important considerations:

Counsel should take the time to review all non-disclosure, confidentiality, and non-solicitation agreements to ensure that they afford the broadest protections possible. Such agreements inhibit former employees’ ability to use information gained from their previous employment to the advantage of their new employer, mitigating the harm that they might do as well as the general loss of key personnel.

However, special care must be given to the language used by these agreements considering the FTC’s use of the concept of de facto non-competes in its proposed rule. Specifically, the FTC defines a de facto non-compete as one which “has the effect of prohibiting the worker from seeking or accepting employment” and gives the following example:

A non-disclosure agreement between an employer and a worker that is written so broadly that it effectively precludes the worker from working in the same field after the conclusion of the worker’s employment with the employer.

In short, the language of non-disclosure, non-solicitation, and confidentiality agreements must walk a fine line: it must be broad enough to protect corporate interests, but narrow enough to avoid being a de facto non-compete.

But not everything can constitute a trade secret, so corporate counsel must review the trade secret laws of their applicable jurisdiction to ensure compliance. Likewise, the proposed rule provides an excellent opportunity to review corporate security protocols to ensure they protect sensitive corporate information.

Several states, including Texas, New York, New Jersey, and Florida, recognize goodwill as a protectable business interest. These jurisdictions have enforced non-compete clauses as one of the principal methods of protecting corporate goodwill. The loss of non-compete clauses will complicate, perhaps severely, the ways in which corporations can protect their goodwill. Notably, the FTC’s concept of de facto non-competes will make it difficult to use other forms of contractual language to protect goodwill, as these alternatives could be considered to “have the effect of prohibiting” an employee from seeking or obtaining employment.

However, the rule does allow corporations to seek relief “reasonably related” to the costs they incurred in training the former employee. The “reasonably related” concept could potentially be stretched to allow for other forms of compensation that tie into the costs businesses have incurred. The specifics of  these protections—and how far they go in protecting corporate goodwill—will depend on the final rule and how the courts interpret it.

While the FTC’s proposed rule will affect nearly every U.S. business to some extent, only time will tell its ultimate effect. Nevertheless, corporate counsel should evaluate the ramifications now to ensure that their businesses remain protected.

Varant Yegparian is a partner and Adam Greiner is an associate at Schiffer Hicks Johnson PLLC, a Houston-based trial law firm.