PPP Agent Fees: A Guide for Accountants, Attorneys, and Consultants

PPP Agent Fees: A Guide for Accountants, Attorneys, and Consultants 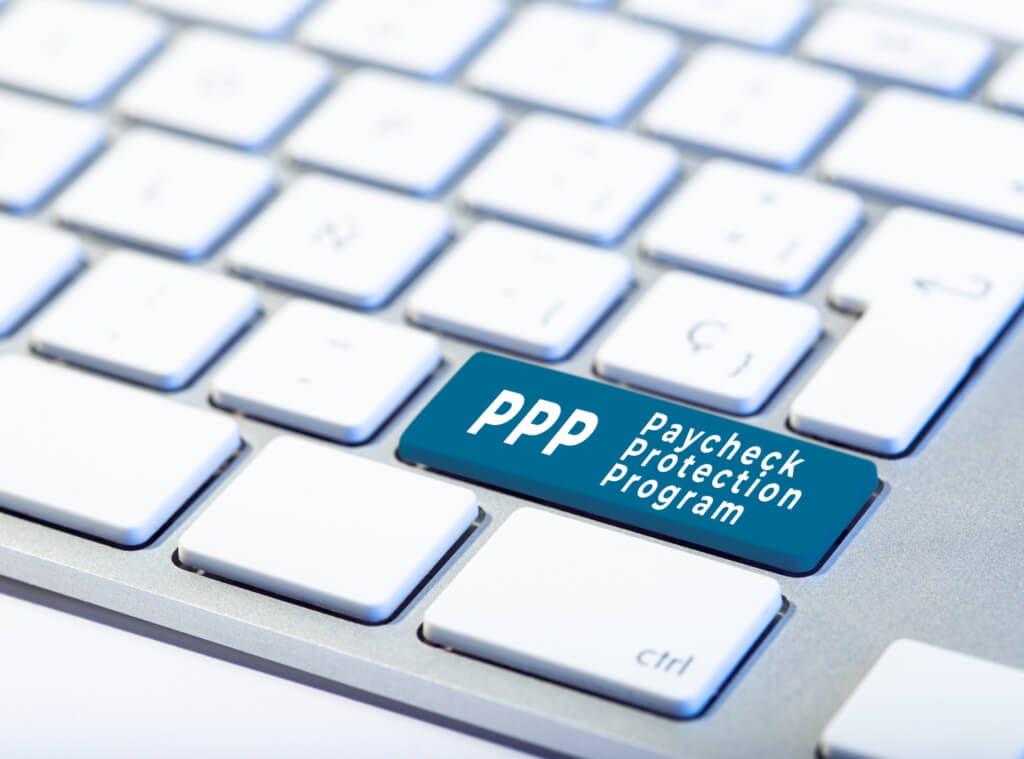 The troubles affecting the federal government’s Paycheck Protection Program (PPP) have been well documented. One critical issue is the fact that, while PPP lenders have been receiving their fees, PPP agents have not.

The text of the PPP, along with guidance from the Treasury Department, clearly indicates that agents assisting in the administration of PPP benefits are to receive their fees from lenders. This article examines three recently filed class actions, analyzes other litigation concerning the CARES Act, and provides guidance to PPP agents on how to protect their rights and receive their fees.

The upheaval generated by the COVID-19 pandemic has been addressed by the federal government pumping never-before-seen amounts of stimulus funds back into the U.S. economy. The PPP is one of the mechanisms through which the government has advanced economic stimulus—one part of the Trump administration’s $2 trillion CARES Act.

In a matter of weeks, the program’s initial $349 billion funding quickly dried up, generating a wave of bad publicity and lawsuits. The media reported that many small businesses had not received PPP benefits while large(r) corporations—many of which were never intended to be beneficiaries of the program—were quicker to the draw, obtaining tens of millions of dollars and draining the program of its initial funding. Small businesses throughout the country filed several class action lawsuits against lenders such as Bank of America and Wells Fargo.[1]

The government responded with an additional infusion of $310 billion into the PPP. Ostensibly, this second round of funding was provided to ensure that stimulus funds reached the small businesses left out of the first round and did, in fact, rectify many problems. However, issues remain.

One such issue concerns the payment of PPP agent fees. In order to understand this issue, it is important to first understand how the PPP is administered. Although it is a government program, the government does not directly administer the PPP. Rather, the Small Business Administration (SBA) provides PPP funds through the private sector, mainly through a lending institution participating in the PPP. This PPP lender (a bank like JP Morgan Chase, Bank of America, or Wells Fargo) will work with a PPP agent (usually an accountant or attorney) to process an application for PPP funds. PPP agents assist borrowers in preparing and submitting a PPP loan application to a PPP lender who, in turn, will fund the loan to the borrower.

The terms of the CARES Act, along with guidance from the Treasury Department, clearly state that both the PPP lender and agent are to receive a fee for the work they perform in administering the program. Neither obtain fees for their services from the borrower; rather, those fees come directly from the PPP.

Fees Due to PPP Lenders and Agents

The Department of Treasury’s PPP Information Sheet details the amounts that PPP lenders will receive from the government as processing fees.[2] The Treasury’s guidance provides that the SBA will pay the following processing fees for PPP loans:

This guidance also indicates that “agents”—which are defined as accountants, attorneys, consultants, and others who assist and prepare an applicant’s application for financial relief under the PPP—are to receive a portion of these fees.[4] Those fees are as follows:

Critically, the Department of Treasury’s guidance states that the PPP agents’ “fees will be paid out of the lender fees. The lender will pay the agent. Agents may not collect any fees from the applicant.” As a result, both PPP lenders and agents must look to funds provided by the SBA as compensation for their services.

Several disputes were quickly filed between PPP lenders and agents concerning the distribution of these fees. On April 26, 2020, a class action brought on behalf of certain agents was filed in the Northern District of Florida.[6] Another class action was filed by several thousand agents in California on April 27, 2020.[7] The allegations in both class actions are straightforward: despite clear guidance on the source and amount of fees owed to PPP agents for their services in assisting borrowers with PPP applications, lenders have not been paying the amounts due to agents.

While this issue may seem straightforward—after all, the guidance from the Treasury Department is abundantly clear in stating the “lender will pay the agent”—a third PPP class action may complicate the matter.

On April 3, 2020, Elite Security Group, Proline Products, and several other businesses filed a class action lawsuit against Bank of America in Maryland federal court. Elite, Proline, and the other plaintiffs alleged that Bank of America denied them loans under the PPP while simultaneously giving preferential treatment to applicants who had a prior lending relationship with the bank.[8] They also sought a temporary restraining order that would prevent the bank from using certain eligibility requirements that had precluded them from obtaining PPP funds.

The court denied this request as a threshold matter, noting that it had to evaluate whether the plaintiffs could bring suit under CARES Act in the first place before it could look at the substance of the claims.[9] That determination required an analysis of whether the CARES Act provided a private right of action, i.e., whether the act itself allowed individuals and entities to file suit to seek redress for a specific wrong.

With this principle in mind, the court noted that the CARES act did not contain an explicit private right of action. Thus, the plaintiffs could only carry forward on their lawsuit if the act contained an implied or implicit right of action.[10] This required an analysis of the CARES Act itself. Specifically, the court analyzed four questions:

In answering these questions, the court first evaluated cases brought under the federal civil rights and copyright laws before finally turning to the CARES Act itself. Emphasizing the need for some indication that the government intended a private right to sue, the court noted that it was “not persuaded that the language of the CARES Act evidences the requisite congressional intent to create a private right of action.”[12] It went on: “Even assuming the CARES Act grants PPP loan applicants with some statutory right to apply through a particular lender of choice (which is, itself, dubious), nothing in its text evidences Congress’s intent to enable PPP loan applicants to bring civil suits against PPP lenders to enforce that right.”[13] As a result, the federal court could not “create” a right where none was provided by the CARES Act, and thus denied the requested restraining order.

At first blush, this opinion would seem to be the death knell for claims brought by PPP agents against PPP lenders. Indeed, PPP lenders could argue that, much like the borrowers in the Elite case, PPP agents also lacked a private right of action and so could not maintain their claims. While superficially appealing, there may be a key distinguishing fact that would enable agent’s claims to survive: the Treasury Department’s guidance.

Unlike the plaintiffs in the Elite case, PPP agents have guidance from the federal government indicating that they shall be paid and that those payments shall come out of the lender’s fees. While this language certainly does not state that aggrieved PPP agents have a civil cause of action, it nevertheless does provide some indication of congressional intent that PPP agents were to be compensated for their services and that the compensation would be paid out of PPP loan proceeds.[14] The mandatory language of “will” and “shall” provides further evidence of a congressional intent that PPP agents were to receive these payments—making the ability to sue a necessity should these fees not be paid.[15] Indeed, without such a remedy, it is hard to imagine what would prevent a lender from refusing to pay PPP agent fees.

As with everything concerning the administration of the CARES Act, it remains to be seen how courts will treat this issue. Will they follow the precedent set by the Maryland court in the Elite case and hold that PPP agents also lack a private right of action to sue? Or, will the federal courts note items such as the Treasury Department’s guidance and hold that Congress has indicated an intent to allow PPP agents to sue? Given the explicit mandatory directive by the federal government that PPP agents will be paid and that those funds shall come out of the fees paid to the PPP lender, it is hoped that the federal courts will recognize such a private right of action.

Practically speaking, securing payment from a PPP lender may appear daunting. The structure of the PPP suggests that the government intended for PPP lenders and agents to cooperate in distributing program fees. What happens when a PPP lender is unwilling to pay an agent fees that may be owed?

First and foremost, it is essential that PPP agents understand their rights under the program—clear guidance from the Treasury Department indicates that they must be paid and that those funds must come out of the fees paid to the Lender. Given the novelty of the program, it may be the case that many PPP lenders are simply unaware of this requirement. Informing a PPP lender of the Treasury Department’s guidance may go some ways toward resolving issues.

Second, and as a part of the first, PPP agents who find themselves in payment disputes with PPP lenders should make sure that they document their request for PPP fees. Assuming that the PPP agent provides notice to the PPP lender of the requirement that they be paid their fees out of the sums paid to the PPP lender, making this request in writing and documenting all follow up is critical to creating the appropriate documentation needed in the unfortunate event that the PPP agent ends up in litigation.

Third, PPP agents should consult an attorney—but only after their initial efforts to inform and communicate with the PPP lender fail. Again, given the novelty of these issues, it is not unexpected that PPP lenders would rely upon the advice of counsel to navigate the complexities of the CARES Act and the PPP. Retaining counsel to represent the PPP agent could prove useful in reaching a resolution on the payment of fees from a PPP lender.

[1] These lawsuits generally allege improprieties in the ways in which lenders administered PPP benefits—oftentimes benefiting those businesses with whom the lender had a pre-existing relationship. This article will not address the substance of those claims as they are not relevant to the present inquiry.

[14] See also, Small Business Administration PPP Interim Final Rule at 25 (“(Agent fees will be paid by the lender out of the fees the lender receives from the SBA.”)